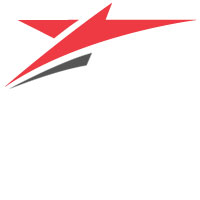 Republicans are on a collision course over DoD spending: The long-brewing fight between GOP defense hawks and fiscal hawks over defense spending is coming to a head, with the House Budget Committee planning to move a budget resolution that sets base defense spending next fiscal year $35 billion below what the Pentagon requested. Defense hawks are lobbying furiously to avoid that outcome, and Senate Armed Services Chairman John McCain is even vowing to personally oppose a budget resolution that doesn’t increase military spending above what’s allowed under the Budget Control Act (BCA) of 2011.

House Armed Services Chairman Mac Thornberry is asking the House Budget Committee to include $577 billion for defense spending, which would bust the BCA caps by more than $50 billion. In a letter he sent to the Budget Committee outlining his Committee’s “views and estimates” of the President’s budget request, Thornberry requests $577 billion in defense spending for the House’s budget resolution and argues that “the lowest acceptable level is $566 billion, the amount identified for 2016 in last year’s House budget”.

Thornberry’s request of $577 billion is the amount that was budgeted for the Pentagon in fiscal 2016 before the 2011 Budget Control Act and sequestration took effect. It’s higher than President Barack Obama’s 2016 request of $561 billion, which includes base Pentagon funding as well as other spending considered part of the “national security” budget.

Further complicating the House Republican Leadership’s efforts to put together a budget resolution, 70 Republicans signed a letter sent February 27th to House Speaker John Boehner to express their “unwavering support” for a defense budget that’s at a minimum equal to the president’s level. The letter does not mention voting against a budget resolution. But Rep. Mike Turner (R-Ohio), who spearheaded the effort, said every Republican who signed on has vowed to oppose the House budget if defense funding is constrained.

Such a move by defense hawks could throw the House budget process into turmoil, as they will be squaring off with fiscal hawks who have cheered sequestration as a real cut to federal spending. The Armed Services members are also setting the stage for a fight with the House Budget Committee — and by extension House Republican leaders, who are already reeling from their fits-and-starts attempts to fund the Department of Homeland Security.

While the Budget Committee has not made any final decisions on its budget resolution, the panel is planning at this juncture to keep base defense spending under the spending cap of $499 billion, $35 billion less than President Barack Obama’s Pentagon budget request.

Even if the Republican budget resolution does boost defense spending levels, that doesn’t solve the problem of sequestration that remains law, and would trigger across-the-board cuts if the caps are busted. Democrats and Republicans have long been deadlocked over fixing sequestration because of deep disagreements on taxes and entitlements. And the danger of cuts to the Pentagon has not moved the needle.

In a telling move, House Defense Appropriations Subcommittee Chairman Rodney Frelinghuysen has indicated he is operating as though sequestration will not be repealed, telling Navy and Air Force officials that their budget requests must be cut.

Defense Secretary Ash Carter and Chairman of the Joint Chiefs of Staff Gen. Marty Dempsey testify on March 3rd on Capitol Hill to defend the Pentagon’s budget before Sen. McCain’s Senate Armed Services Committee. Their message will be simple: support the Pentagon’s fiscal 2016 budget request. Carter has been candid about the problems sequester presents.

Dempsey will tell the SASC that the Pentagon’s budget situation puts the military – and the country – in a precarious position. Dempsey will say that the current ’16 budget proposal “is what we need to remain at the lower ragged edge of manageable risk in our ability to execute the defense strategy. However, we have no slack, no margin left for error or strategic surprise.”

He’ll continue: “Congress – and the American people – challenged us to become more efficient and to determine the minimum floor we need to be able to do what the nation asks us to do. PB16 is that answer. Funding lower than PB16, especially if sequestration-level cuts return next year, combined with a lack of flexibility to make the reforms we need, will render the overall risk to our defense strategy unmanageable. In other words, our nation’s current defense strategy will no longer be viable.”

Defense hawks in the House and Senate say their mission now and in the next few critical weeks, is to convince their colleagues — and the leaders on the House and Senate Budget panels — that the military has already been cut to the bone and going any lower than what the administration has requested would cause irreversible harm. The Budget Committees will begin formal consideration of a budget resolution in the next few weeks. Votes on these measures will likely occur in late March, early April. The statutory deadline for having both Chambers agree to a final budget resolution is April 15th – ironically the deadline for filing tax returns.

Unfortunately, the same punishment for failing to file your taxes does not apply to Congress’ failure to act by then. On average, the Congress has approved a final budget resolution more than 40 days after the deadline. Some years, there has been no budget resolution agreed to at all…