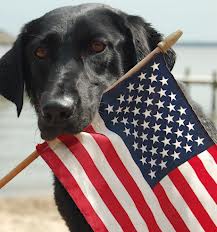 Thanks to Greg Lankler of Mercury for the below update – if you have any questions feel free to contact Greg at glankler@mercuryllc.com

Both the House and Senate are in adjournment until the November 4th elections, after which they will return for a lame-duck session of Congress. The House passed its version of the Fiscal Year 2015 National Defense Authorization Act (NDAA) and the Fiscal Year 2015 Defense Appropriations Act over the summer. The Senate was only able to move versions of both measures through the Senate Armed Services Committee and the Senate Appropriations Committee respectively, before political maneuvering in the Senate managed to stall both bills and prevent further consideration on the Senate floor. However, both bills are considered “must-pass” measures given military activities in the Middle East, making them a high priority for completion.

1) NDAA Outlook: It is expected that the Senate will try to bring its version of the NDAA to the floor for consideration after the election. However, the leadership of the House and Senate Armed Services Committees have instructed their staffs to begin informal talks (“pre-conferencing”) on the NDAA. The purpose of these discussions is to see if a compromise agreement can be reached on this measure in the event the Senate has to move directly to consideration of a final agreement in lieu of first passing its own version of a NDAA. Debate in either chamber of an Authorization for the Use of Military Force (AUMF) for military operations in Iraq and Syria could impact the ability to reach a final agreement on an NDAA, and would certainly delay passage into the Holidays.

2) FY15 Defense Appropriations Outlook: The leadership of the House and Senate Appropriations Committees have also instructed their staffs to begin pre-conferencing on the Fiscal Year 2015 Defense Appropriations Act. Unlike activities associated with the NDAA, it is expected that the compromise agreement on this legislation would be the foundation of an omnibus appropriations bill funding the government for FY15. It is likely this would be one of the last measures approved before the Congress adjourns. Passage of an omnibus appropriations prior to adjournment of the Congress will depend highly on whether or not Republicans gain a majority in the Senate on election-day. A block of conservative House members is pressing the House Republican leadership to pass a Continuing Resolution (CR), postponing passage of FY15 appropriations until the next Congress convenes. If the Senate flips, these members believe the Republican majority in the House will get a better deal in negotiations with a Senate under Republican control. If this happens, it would have a significant impact on the Federal government’s ability to award any new contracts or make other program changes while the government is funded at fiscal year 2014 levels under a CR.

Greater clarity on the events described above will not be likely until after the November elections. Stay tuned…

2014 UPCOMING EVENTS – FOR MORE DETAILS ON EVENTS LISTED BELOW VISIT

The coordinator for the CENCTOM Annual Picnic is looking for volunteers to help at the annual picnic to enable more CENTCOM personnel to enjoy the picnic. Link below has more details. http://www.volunteerspot.com/login/entry/5660462800113

The 6th Medical Group Booster Club is looking for local business donations to be used in connection with their Holiday Celebration Party at the Holiday Inn, 700 N. Westshore Blvd, Tampa FL on Friday December 12, 2014. All items donated will be used as door prizes for the individuals who attend the party or to help supplement the cost of the event. Donors will be recognized on the back of the holiday party program as well as during the event as members are awarded with the prizes.

Each year a holiday party is held at MacDill to celebrate the holiday season, encourage esprit de corps, and boost morale. MacDill Air Force Base provides medical support to our active duty, retired military and their families. All donations will reflect the strong ties with the Tampa Bay community. Although this is an unofficial function, it will enable military and Department of Defense civilian employees and significant others an evening dedicated to the simple joys of family, friends and the holidays.

We are beginning to compile items for the 2015 Abilene Award so if you have any information you would like to provide please send that to me. As most of you are aware, the Tampa Bay area applies for the Abilene Award each year. This is a community effort to show that Tampa Bay supports the United States Air Force and MacDill Air Force Base. In an effort to eliminate that last minute scramble for the Greater Tampa Chamber of Commerce to put together a great packet we thought it would be beneficial to compile items that could be used in the application on a quarterly basis.

Below are some examples of items we like to include in the submission packet – these would be for any events held in 2014:

1. PICTURES – pictures are essential for this application! Please forward pictures of any events you may have sponsored or been involved with that benefited MacDill – specifically active duty Air Force personnel. Each picture will need to have a short narrative explaining the event/program;

3. LETTERS – any letters you or your company have received from MacDill acknowledging your participation or sponsorship in an event/program;

4. NEWSPAPER ARTICLES – copies of newspaper articles that include the date and paper name.