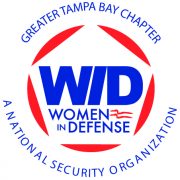 Join us for our May luncheon event as we welcome Special Agents Tara Jones and Gina Galle. Special Agent Jones works for the Defense Criminal Investigative Service (DCIS), the law enforcement arm of the Department of Defense (DoD), Office of the Inspector General. The DCIS mission is to conduct highly relevant, objective, professional investigations of matters critical to DoD property, programs, and operations that provide for our national security with emphasis on life, safety, and readiness. Special Agent Gina Galle works with the U.S. Army Criminal Investigation Command’s Major Procurement Fraud Unit (CID-MPFU), which specializes in complex financial investigations alleging fraud, waste, and abuse against the U.S. Army. Special Agent Jones and Galle will speak about their perspective regarding their roles within the DoD IG law enforcement community, the types of cases they run, and their impact on the military/warfighter and the American tax payer.

1. FY17 Defense Appropriations Bill – Conference Report approved by the House at the end of March. (Pending in the Senate as part of an omnibus appropriations bill.)

In total, the bill provides $577.9 billion, an increase of $5.2 billion over the fiscal year 2016 enacted level and $1.6 billion more than the Obama Administration’s request.

$516.1 billion in base DoD discretionary funding – an increase of $2 billion above current levels – and

When combined with the $5.8 billion in supplemental funding enacted in the Continuing Resolution that passed in December, the total Defense funding for fiscal year 2017 is $583.7 billion, an increase of $10.9 billion over fiscal year 2016.

The agreement also fully funds the authorized 2.1 percent pay raise for the military.

The Appropriations Committees in the House and Senate have proposed a plan to provide $15B of the funding requested. Due to the 2011 Budget Control Act (BCA) caps, all funding will need to be put in the OCO, which is not subject to the caps, so the funding provided must have some defensible correlation to contingency operations. Negotiations over this funding are tied to White House demands for funding to begin construction of the border wall. As the demands and likelihood for wall funding decrease, the likelihood for this defense spending increases as the tradeoff for the White House.

3. FY17 Omnibus (Only appropriations for the VA and Military Construction have been signed into law. Omnibus includes all remaining agencies including the DoD. Hope is to include parts of the March Supplemental request with this.)

Congress may need to pass a one week CR prior to Friday to allow time for consideration of an omnibus by the House and Senate next week.

Much progress has already been made this week to get an agreement on an omnibus appropriation. The White House indicating it will accept “border security” and defense funding in lieu of direct wall funding is having a major impact. Demands by the House Freedom Caucus (roughly 30+ votes) to cut funding for Planned Parenthood or to Sanctuary Cities have gained almost no traction increasing the likelihood that Democrats in both the House and Senate will provide the votes needed to get a majority vote in the House, and enough to prevent a filibuster in the Senate.

While all this continues to be extremely fluid, and there is always the possibility that some issue could become a major sticking point, negotiations are trending very positively as compared to a week ago.

The request busts the current budget caps under the BCA and thus would require a waiver or repeal of sequestration under the BCA.

There was very little detail (barely a page and a half for defense) provided in the “skinny” budget request submitted. The full budget request (with program level detail) is expected the week of May 22nd.

Importantly, Republican defense leaders in both the House and Senate have stated the request is inadequate and have declared this request “dead on arrival”. They note that the request is only $18.5B above what President Obama estimated for FY18 in his last budget. They say it should be at least $640B. Any increases in DoD funding must be matched by increases in non-defense discretionary funding (that’s certainly not what Trump’s budget proposes) or Senate Ds will filibuster appropriations bill.

Outlook – Headed for another likely CR for FY18 in September, and budget showdown late this year.

Join us for a panel discussion featuring a diverse group of woman business owners — all leading defense companies with varying capabilities, revenue, and stages of growth. They will share insights about lessons learned, company core capability offerings, factors contributing to their success, partnership and teaming strategies, and the advantages and disadvantages of working the federal government space. Our panelists include:

Our panelists will also explain how they measure success and what motivated them to start their own companies. Don’t miss this unique event!

Every Thursday 9:30am – 2:00pm **Times Vary**
Every Friday 12-3:00pm
Every Thursday thru April 2017 6-8:00pm **Veterans Florida Entrepreneurship Program Participants have priority during this time slot**

Join us for our March luncheon event as we welcome Dr. Sarah Spradlin, CEO of Vitruvian Advantage one of Richmond, Virginia’s top full service workforce development firms, and the first female Principal Staff Director at United States Marine Corps Forces, Special Operations Command. Dr. Spradlin is a leading expert in the study of emotional intelligence as it relates to talent acquisition and succession management planning, transformational leadership & organizational resilience. She will discuss how to establish organizational resilience and grow a resilient workforce through emotional intelligence.

Get your team together and come out to support the USF Suncoast Battalion at Bay Palms Complex, MacDill AFB. The Professional Philanthropy Network is hosting its January Happy Hour in support of USO Central Florida! Kick off the New Year by celebrating our military at World of Beer on January 18th! 100% of the proceeds go to our local service members and their families through USO Programs and Services.

SOF for Life programs: helping prepare transitioning personnel above what the government provides.  Global SOF Foundation hosts an online portal in which current and former SOF personnel can upload their resumes to be viewed by Global SOF Foundation corporate partners for employment opportunities. The second SOF for Life program is run by The Honor Foundation,:a rigorous 12-week transition program for SOF that are 12 – 18 months out from leaving military service, either through retirement or separation.

Saturday, March 11th from 3pm-11pm – Volunteers needed to help run it! (asking organizations to staff individual bars, staff/volunteers can participate in the fun for FREE)